Four-time world champion and Brazilian Jiu Jitsu black belt Bernardo Pitel leaves nothing out when it comes to playing reverse half guard.

Master a series of sweeps using the lapel as well as transitions to dominant positions such as the mount or the back off of a failed sweep.

Find all the high level submissions from reverse half guard such as a series of lapel chokes, the Ezekiel choke, and so much more.

Start pairing together the best options from the reverse half and create attacking sequences that cannot be stopped.

Check out various other setups and submissions such as the arm bar and knee bar, and make sure you are proficient in all of your options from reverse half guard.

Allow fifth degree black belt Bernardo Pitel to utilize his years of successful competition experience from the highest of levels to start to completely reshape your game.

USING HOOK TO SWEEP WHEN PERSON HUGS THE HEAD

THE MACKENZIE SWEEP TRAPPING THE ARM

FROM GABLE GRIP SWEEP TO BACK TAKE

BERIMBOLO FROM REVERSE HALF GUARD 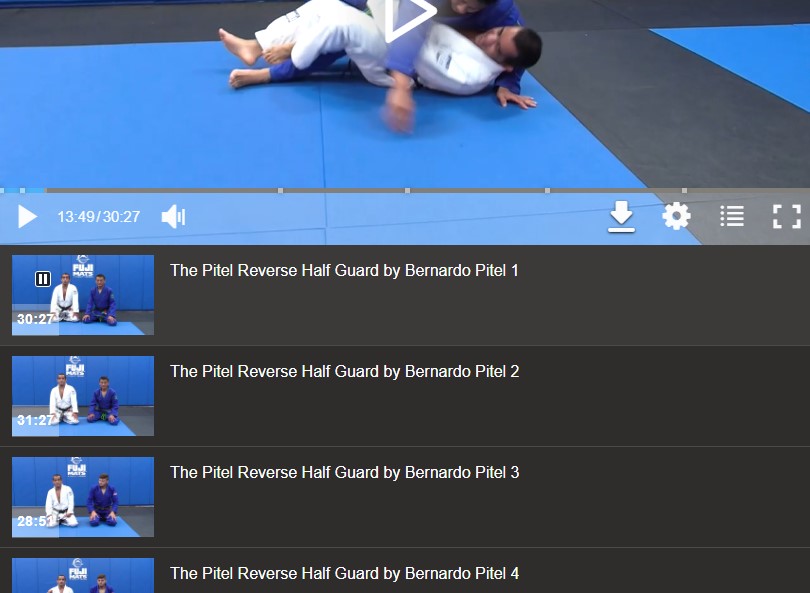 The Pitel Reverse Half Guard by Bernardo Pitel