"The Running Dog Game" is the anti-guard attack of DBMA Kali Tudo. In a change of heart, Guro Crafty has decided to let out this previously closed door material. Included in the footage is him teaching his "golden era" backyard group, including a cameo by Top Dog himself. This then flows into Guro Crafty sharing the material this past fall in Hawaii with Dogzilla's "Hawaii Clan" of the Dog Brothers.

From the core "running dog posture" there are options for over the head guard passes, a nastily quick heel hook, and for kali silat striking like you've never seen it before that both sets all the preceding variables up as well as finishing the fight in its own right with strikes. 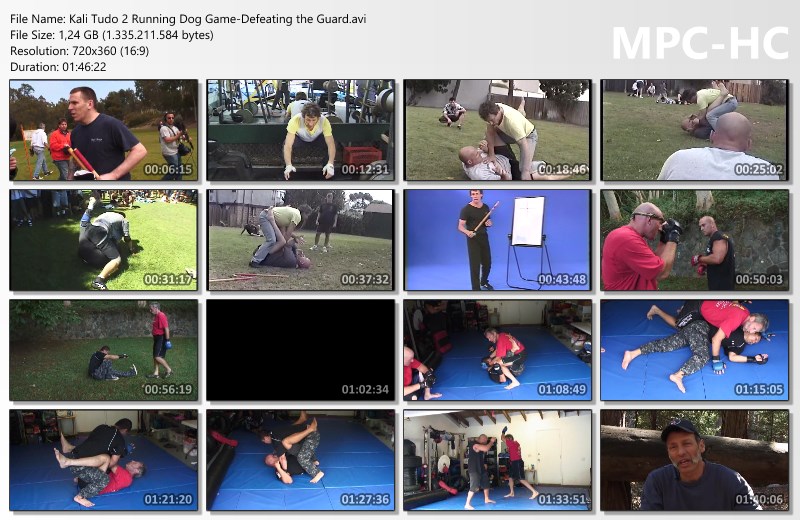