Learn Aggressive World Class Strategies to Defend, Counter, and Score Takedowns with 3-Time NCAA National Champion Alex Dieringer’s Guide To Stopping Your Opponents All The Time!
Alex Dieringer is a 3-Time NCAA National Champion, 4-Time All-American, and 4-Time Big 12 Conference Champion out of Oklahoma State, currently competing at the World Level .
Dieringer will help you not only to aggressively defend incoming attacks of all kinds but to also score big points in the process, using signature takedowns and genius setups from Dieringer’s personal arsenal of high level attacks .
Use Dieringer’s aggressive defensive strategies to build a game plan that will stand up to world class offense .
Learn to effectively stuff your opponent’s single leg and high crotch attempts and return fire with devastating offense of your own, using Dieringer’s most trusted early and late stage counters.
Prevent and clear out  underhooks, the front headlock, 2 on 1, and more as you dismantle your opponent’s attempts at control and turn the tables, mounting your own offense. 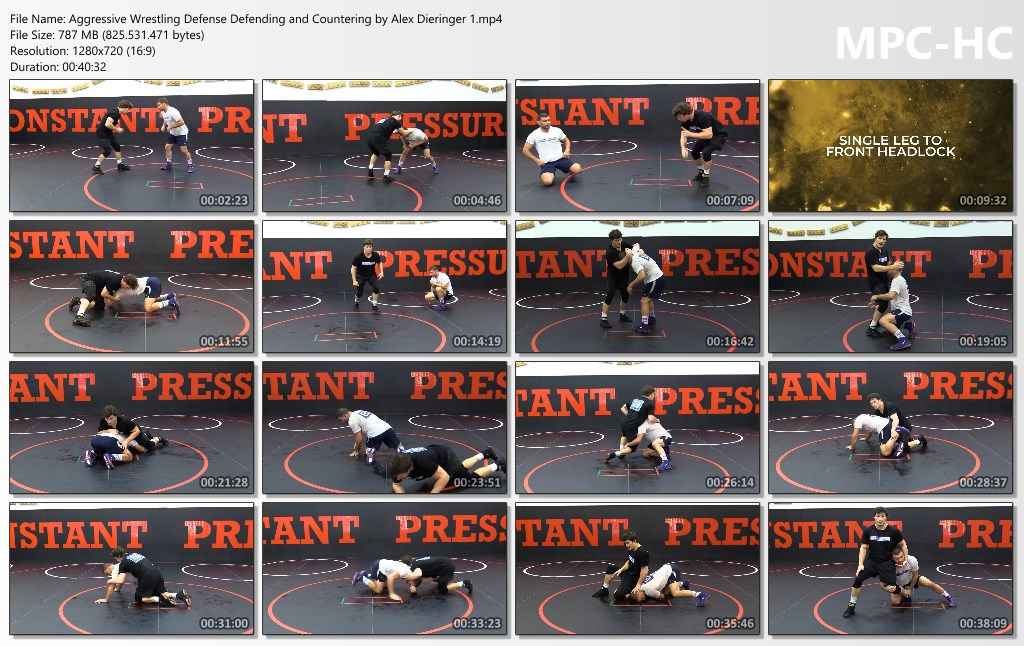