Tony Lopez was born in 1955 and began his martial arts training at the age of 5 in Spain with Judo and Spanish Folk Wrestling. At the age of 12 he studied American Folk Wrestling for seven years after moving to America. From age 19 to 22, while in college, he participated in Boxing, Kickboxing and Tae Kwon Do training. From 1979 to around 1985 he served in the U.S. Army where he was a military hand-to-hand combat instructor while training in the art of Hapkido. He continued to compete in Wrestling and Boxing competitions and in 1985 he started training in Russian Sambo, Okinawan Karate and Thai Boxing. Around 1997 he began creating his own style of Kempo-Jujitsu and presently he teaches Combat Sambo and Kempo-Jujitsu.
Master Lopez has been a wrestling coach since 1986. His students have won numerous wrestling, Karate and Submission Wrestling titles, and will be inducted into the Martial Arts Masters, Pioneers, and Legions Hall of fame this Spring. Master Lopez has also created 11 Award Winning videos in Combat Sambo with Panther Productions.
DVD 1: Total Body Workout Routine
DVD 2: Blocking and Striking Techniques
DVD 3: Leg, Ankle and Foot Locks
DVD 4: Armbar and Wrist Locks
DVD 5: Leg Locks and Arm Lock Fighting Combinations
DVD 6: Chokes, Headlocks and Neck Cranks
DVD 7: Throws, Sweeps and Takedowns
DVD 8: Street Self-Defense
DVD 9: Street Fighting Dirty Tricks
DVD 10: Defensive Ground Fighting
DVD 11: Offensive Ground Fighting 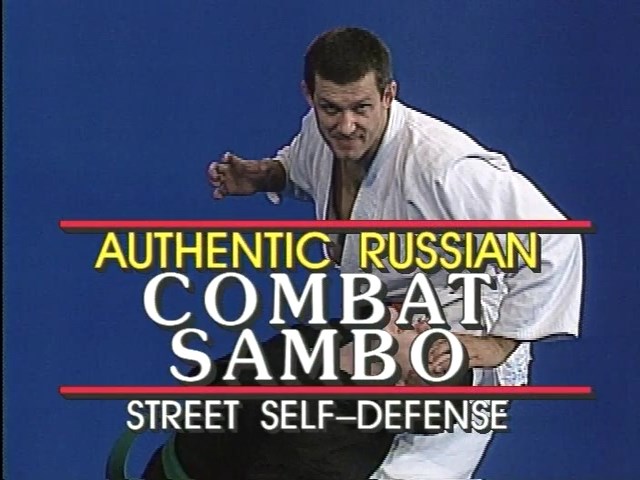